Please join Stonecreek Interior Systems in congratulating Joe Sager in his appointment to the position of Divisional Manager of the Stonecreek Ohio and Southern Indiana Division. His appointment is effective immediately and he will be working through the transition of his current duties during the first quarter of 2018.

Joe originally joined the organization in October of 1998 as a Project Manager.  During his 20 years, he has also held the title of Senior Project Manager and eventually moved into the role he has most recently had, Director of Project Management. He will have a direct line to Jon Last and John Shultz.

A Columbus Ohio native, Joe has been instrumental in the leadership of Stonecreek’s efforts and successes. His knowledge of the construction industry, interior build outs and desire to serve his customers with integrity; have led to his personal growth and preparation for today’s promotion.

In his new role he will be responsible for all aspects of leading the Ohio & Southern Indiana division’s efforts.  Besides being responsible for the profit and loss of the division, he will take responsibility for the continued development of his team and for sustaining them as the preeminent institutional casework dealer in their territory.

To Joe and his team, we wish you all the best. 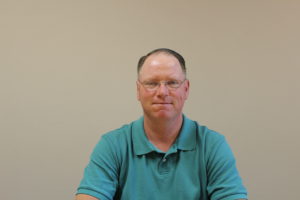